Amanda Young was an inspiring young woman possessing many skills and passions, and a much loved daughter to Barry and Lorraine.

Amanda was talented and hard working in sports, academics and music. Throughout her life Amanda excelled in competitive sport and she had a desire to pursue her dream of a future in Environmental Science.

She began her sporting career early, representing the State in Calisthenics in 1986. She attended Gosnells Primary School and in her final year was Head Girl and Dux.

She loved music, learning the flute, organ and recorder and also enjoyed ballet, jazz and tap dancing. As well she loved horse riding, competing in One-Day, Tetrathalons , Hacking and Carriage Driving events. She was also a member of local swimming, gymnastics and calisthenics clubs.

From 1992 to 1996 Amanda attended Penrhos College, gaining an “A” grade in every subject and many prizes along the way. Amanda represented her school in swimming, rowing, equestrian, athletics, cross-country, softball and debating. In her final year she was awarded the Margaret Way Prize for the most outstanding contribution to the College community.

Amanda was able to travel internationally both to compete in sporting events and also to further her studies with trips to Canada, USA, Japan, Moscow, St Petersburg and London during her high school years. She also attended two National Science Youth Forums in Canberra.

Amanda attended an Inter-varsity Rowing Regatta in Penrith in October 1997, where she tragically contracted meningococcal disease and died at the tender age of 18.

However Amanda’s legacy lives on. Her parents, Barry and Lorraine Young, established the Amanda Young Foundation in 1998 with the aim of reducing deaths in WA from meningococcal disease, and supporting survivors of the disease. The Foundation is also committed to supporting the development of young people into Western Australia's future leaders. 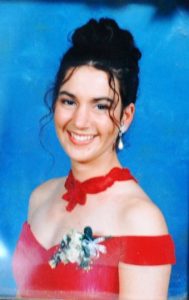 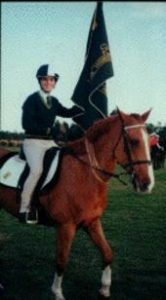 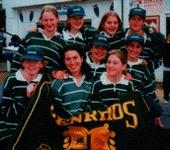